Explore Uganda with your kids and enjoy unforgettable memories. Discover our affordable Uganda Family Tours and tips on Family Safaris in Uganda. Best known for her biodiversity, friendly people, rich culture and outstanding ecosystem, Uganda is an ideal destination for families looking for adventure.

Family Tours in Uganda includes everything from sightseeing to birding to gorilla trekking and other wildlife safaris to cultural safaris. Discover why so many families choose to Uganda Family Tours.

Uganda Family Tours are customized safari packages designed to cater for both the youngsters (kids) and adults on a vacation. Uganda Family Tours have game drives as a star turn, but with a supporting cast of activities and accommodation that perfectly suits young travelers.

It’s a holiday that hops with wildlife, but also offers other adventures and time to relax, to learn and to meet different people, as well as the animals, that reside in Africa. The places and activities chose are all kids friendly. 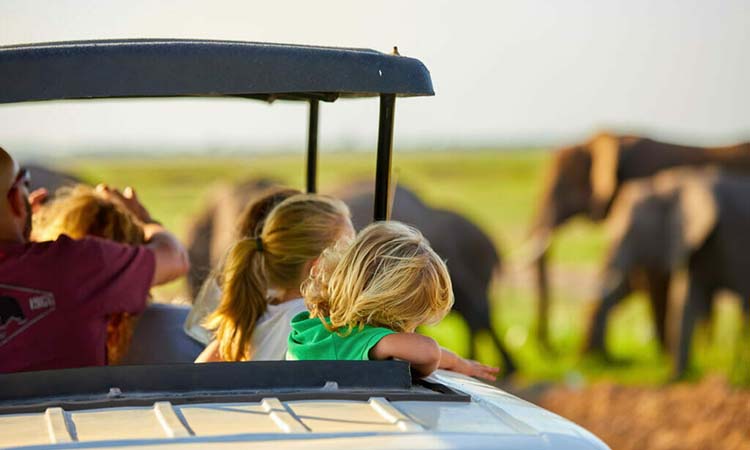 Experiencing and learning about the amazing primates, birds and butterflies of Western Uganda’s biodiverse, rainforest on guided walks and exciting activities, from windsurfing in the Ssese Island archipelago for to white-water rafting on the Nile River for adults and boat ride for teens/kids.

An incredible mix of adventure to turn you on awaits!!

Where to Go for Uganda Family Tours?

While on a Uganda Family Tours safari, the top region to visit is western Uganda which is a home to the county’s several National Parks, Reserves and wide range of attractions. The region offers spectacular wildlife with astonishing landscapes to explore and lots of outdoor activities to do. 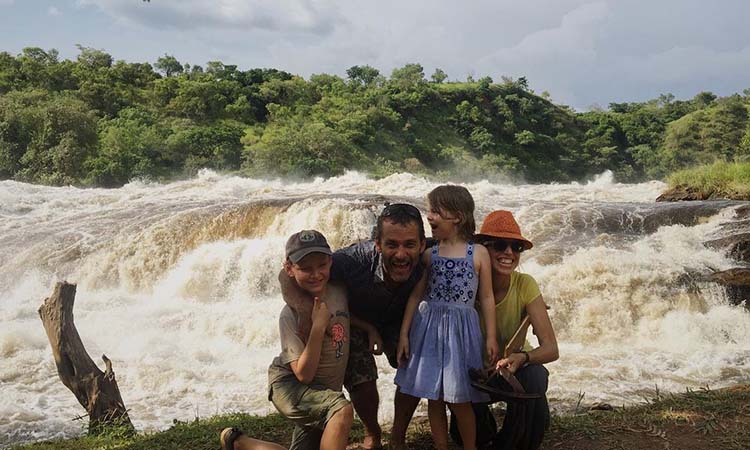 Different families can have different experiences here depending on the size of the children; families with older children can conduct Mountain Gorilla and chimpanzee trekking which are the top highlights of the region.

However Uganda Family Tours with children of all age can enjoy wildlife spotting by game drives and boat cruises in all the parks in the region and the most famous in the country which include; Queen Elizabeth National Park and Murchison Fall National Park.

Here nature walks are also conducted which will offer great chance to spot birds, monkeys and many more forms of wildlife that live in the rainforest within the region like the Budongo Forest Reserve.

A family safari to the Eastern Uganda which is a home to the adrenaline capital of East Africa, Jinja, that lies at the source of the Nile River is amazing and mainly for active families.

While here, lots of outdoor activities can be done. A family with children aged eight years and above, white water rafting at the Nile is one of the hilarious activities that is a heart pumping adventure and definitely home to fun.

Much more can be done here for instance boat cruise, stand- up paddle boarding and kayaking.

Eastern Uganda is also great home to activities such as Bungee jumping, quad biking and mountain biking, horse–back riding, this will definitely keep your family entertained.

A visit to the central Uganda is also awesome with the region having wonderful attractions.

A family with children aged six and above has a lot of activities to engage with, these basically include rhino tracking and shoebill storks in canoes at the Ziwa Rhino Sanctuary.

A visit to the Ngamba Islands and Ssese Islands that are scattered in the continents largest lake will offer the real feel of the breeze with many beaches for a relaxing beach destination and many more activities which include wind surfing and fishing.

Why Choose Uganda for a Family Tour?

Winston Churchill a former British prime minister in 1907 penned down the statement that “For magnificence, for variety of form and color, for profusion of brilliant life-bird, insect reptile, beast – for vast scale – Uganda is truly the pearl of Africa”, and more than a century later the statement still manifests.

Uganda is notably one of the world’s most biodiverse countries, habituating 13 types of primates and 330 different mammal species, with six of which are found nowhere else.

The country is home to over 1000 bird species and also encompasses the vast range of landscape that varies from the Africa’s highest mountain ranges to the source of the world’s longest river, River Nile, and harbors the largest lake on the continent, Lake Victoria. 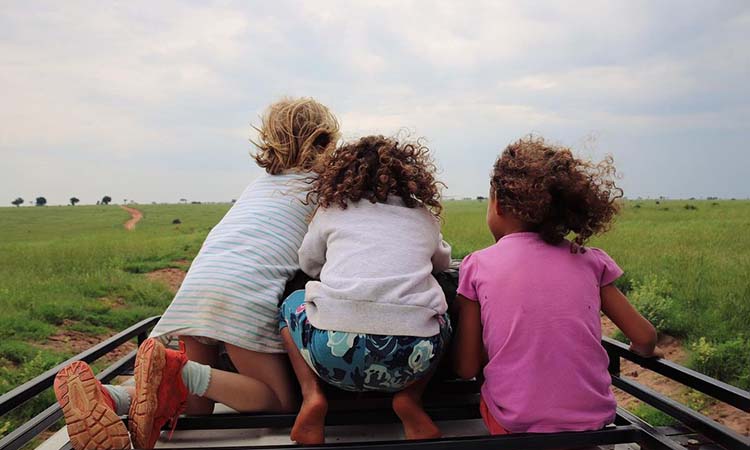 When it comes to a family safari to East Africa, Uganda is a wise and wonderful choice, though most people think of Tanzania and Kenya.

Uganda is a better choice since the country offers one more thing that cannot be found in the other two countries, though countries like Rwanda and Democratic Republic of Congo may offer the same experience.

Uganda is home to half of the world’s endangered Mountain Gorilla population, and the magnificent primates inhabit the Bwindi Impenetrable Forest National Park, and the Mgahinga National Park in the western part of the country.

Our Uganda Family Tours will offer you the chance to trek these magnificent primates in their dense forested habitats which is only thrilling and memorable and one of the strong reasons for visiting the country by many tourists.

Our Top pick for Family Safari Packages you may like. These Uganda Family Tours can be customized further to fit Family’s travel interests such as activities, destinations, budget and travel dates.

This Uganda safari is about game drive & boat cruise for wildlife viewing in Murchison Fall National Park, rhino tracking in Ziwa Rhino Sanctuary and hike to the top of Murchison falls...

Our 6 Days Uganda Chimpanzee Tour and Wildlife Safari is the best Uganda safari to see the African big 5 game and trek chimpanzees in Kibale. This Safari leads visitors to the Primate...

Gorilla trekking is known to be an adventure with age limits, 15 years. But, what if a family with kids below the minimum age wish to trek mountain gorillas! Here is how to do it.

Children/teens below 15 years; In Uganda, there is an exception that can be given to teens below the age of 15 to trek mountain gorillas in Bwindi. They can be allowed if the family through their tour operator write to the Uganda Wildlife Authority for permission to allow the kids trek.

In the letter, you highlight the age of the children, their mental maturity, physical size, fitness levels and the adult who will trek with them among other factors. Although children under 15 years can be allowed to trek, kids below 10 years are highly advised against going into forests such as Bwindi.

Kids below 7 years; Due to the immunity levels of minors, we advise families to leave their kids at the lodge while they are trekking gorillas. Children below 7 years tend to be prone to many infections of which a forest may expose them.

At the lodge, there are several activities that are kids friendly, kids may go swimming, bird watching guided by staffs at the lodge, nature or village walks and many other activities as per the lodge.