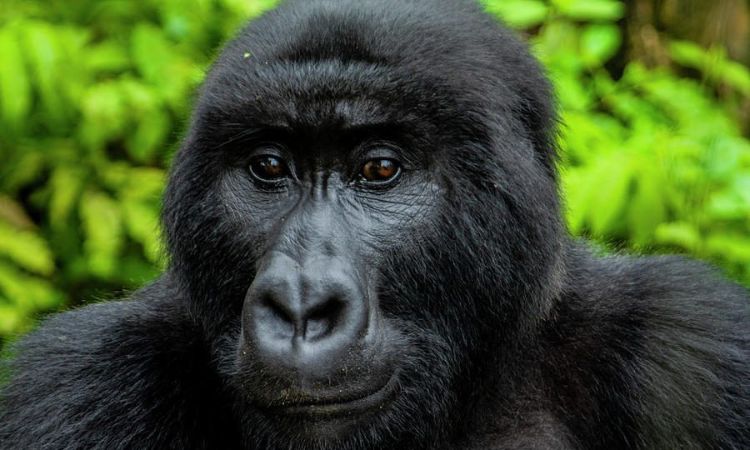 A Gorilla are very captivating creature with countless unique features that make them stand out. Gorillas are found in different countries in Africa, including Democratic Republic of Congo, Rwanda, Uganda, Equatorial Guinea, Central African Republic and Cameroon. Gorillas are divided into 2 subspecies; eastern gorilla and the western gorilla.

This article will focus on the Eastern Gorillas due to conservation efforts by these 3 countries; Uganda, Rwanda and Congo that made sure that the specie once on verge of extinction is preserved.

Because Uganda is one of the only countries where you can find gorillas species, many tourists love to visit the pearl of Africa to view these amazing mammals and join in the trekking safaris. Therefore, if you’re planning for a Uganda gorilla safari, you need to know some facts about awesome primates and below are listed; 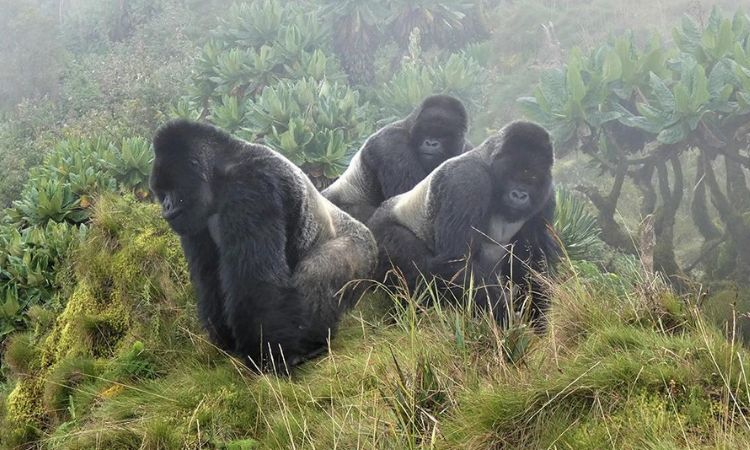 Mountain gorillas can be identified by their long and thick fur unlike other gorilla species, their unique prints on the noise and the male gorilla weighs twice than that of the female mountain gorilla.

Like all other gorillas, they feature dark brown eyes surrounded by black ring around the iris. They weigh 220kg(490lb) with a height of 1.9m(6ft). The adult males are called silverbacks because of gray or silver colored hair which develops on their back.

The tallest silverback verified was 1.94m, gorilla is primarily earthly; however, it will also climb to the branches of the tree if there are strong enough to carry their weight.

An interesting statistic, gorillas and humans are 98% naturally identical, the females become sexually mature at 7-8 years of age and the male tend to mature later than the females.

The female gorillas approach their breeding stage approximately about 10years and they usually give birth after a period of 4-5 years (8-9 estimated period of gestation). Thus, the giant apes can live up to 54years of age.

In the Virunga Gorillas, the usual length of habitation for a dominant silverback is 4.7 years. 61% of groups are composed of one adult male and a number of females and 36% comprehends more than one adult male.

These great apes live in group of 30 members together with females and young ones. The leaders and aged gorillas are known as the silverbacks which are in charge of all activities of the family and caring about the children. 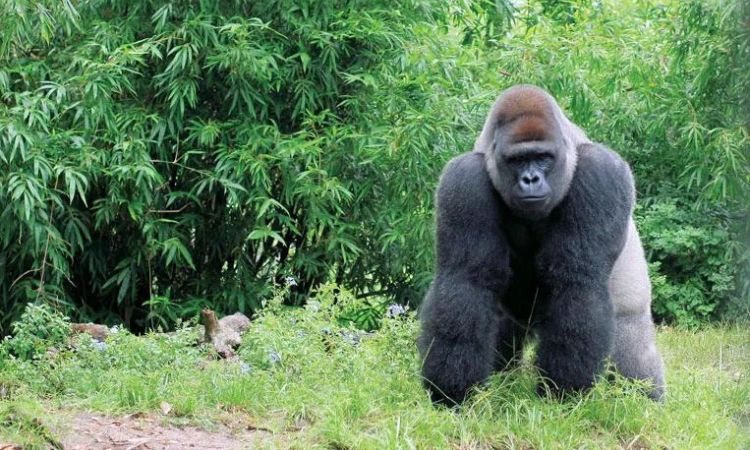 Silverbacks also determine the group’s movement and it protects the family from any harm or threat from human, predators, leopards and other primates. He is a center of attention during the resting session.

Once a dominant silverback dies, the family maybe ruthlessly interrupted unless it appoints some other male silverback to take over the responsibility he had. At times this may lead the family members to spilt and move to other unrelated families.

Since the gorillas are strong and powerful, many people often ask if they are dangerous. Well to answer that question, the giant apes are usually gentle and shy.

These giant apes also do have the same sensation as human and when they get hurt, they cry and also during happy times they laugh. What a marvelous experience to see!

These Gentle Giants are very peaceful animals if not disturbed or tampered; they can lose control and attack if tourists interrupt their peaceful moment.

Whenever tourists are in their presence, they are advised to keep a reasonable distance away from them and not to provoke them by any means like beating in chest like them. Use of flash lights is also not allowed.

Gorillas use several sounds to communicate with others like for instance, they have 25 distinct vocalizations which are recognized and they can be used during social interactions while disciplining themselves.

The roars and screams indicate signal and warning signs and produced mostly by silverbacks. Then when they are in relaxation and feeding time, there is a sound of deep, rumbling hiccups that suggest contentment and are heard repeatedly.

Eastern Gorillas appear to be naturally afraid of certain insects and reptiles. For reasons unknown, infants whose behavior is to hunt anything that moves, will go out of their way to avoid chameleon and other reptiles. They are also afraid of water unless when they can cross streams without getting wet.

Some gorillas have a unique practice of keeping their daily routine of waking up early in the morning at 6:00am to start looking for larger quantities of plants to eat. Unless if the weather is cold, they can rest a bit but again they wake up and search for food again till 6pm at night. 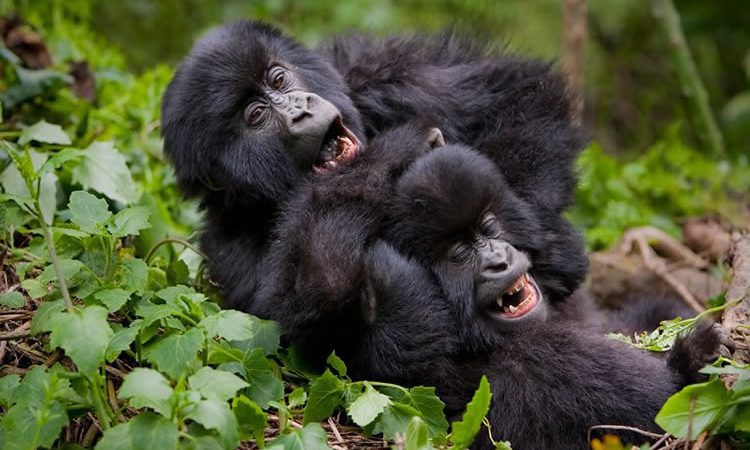 Gorillas are very unique and intelligent mammals like for example those who have been habituated are taught sign languages and how to communicate with humans, they learn so quickly in such a way that they make their lives easier. They will use sticks and branches to abstract insects from the ground or hollow trees.

They will also use leaves, twigs and vines to make beds for their babies and themselves when they sleep which is really magical and uncommon practice to other individuals.

The primates also use branches to rescue youngsters who have gotten stuck in the vines and also helping them to cross streams and creeks by using logs. This is mostly done by the silverback whereby they also help to remove snares from the young ones.

They are 98% naturally identical to humans, so it is easy for them to contract with human diseases like flu and cough plus many other communicable diseases within a short period of time if not distanced from tourists.

That’s why tourists are encouraged while visiting the gorilla families to have a limited number of people like 8 members and they are advised to spend with gentle giants only 1hr a day.

Therefore, with all that in mind, tourists who are going for a gorilla safari in Uganda, Rwanda and democratic republic of Congo should be vigilant and clearly take note of the mountain gorilla characteristics for an incredible Gorilla Trekking safari experience.